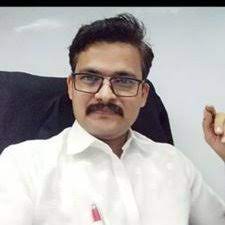 We heard of the word ‘Toolkit’ because of a ‘post’ uploaded by environmental activist Greta Thunberg. Along with this ‘post’, she might have mistakenly ‘posted’ the Toolkit. She destroyed it later. The Delhi Police registered a case against unknown people regarding this Toolkit. A few days later, Disha Ravi, a 22-year-old environmental activist, was arrested.

A Toolkit is a document prepared to make a campaign successful. People to whom it is sent can add or take something away from it. Although currently it is used in the context of agitations, the Toolkit is widely used by corporates, political parties, educational institutions and others for their own goals. It is used for reaching more people in a shorter time.

2. Change in preparing for a movement over time

The term ‘movement’ is not new for a democratic India. Even from the period pre-Independence, we have heard of and witnessed various agitations. Some of us have even participated in them. Earlier, when social media or computer knowledge-network (Internet) did not really exist, the planning of aspects such as, how to hold various meetings before any movement and how to conduct that movement in our notebook, when and where to to start it, what will be the main demands for it, how many people are expected to be involved in it, how to be in control when the number increases unexpectedly, what material should be carried along while starting a protest, what should be the material written on banners and posters, which announcements should be made, how to conclude the movement etc. was done through personal meetings. It is not important to agitate, but it is important to convey information about the agitation to people. Therefore, to publicise the movements, walls were painted, posters were pasted, cloth banners were put up to reach out to people, corner meetings were held to provide information on the movement, press release was prepared and sent to newspapers etc. All this was done directly.
Now, the times have changed and the era of social media has emerged. From time to time, even small acts are ‘posted’ on social media. At present, everything about the movement can be sent to thousands and millions of people on a single click through the Toolkit.

3. Delhi Police alleged that a ‘Toolkit’ gang was behind the violence in New Delhi ahead of Republic Day 2021

After the arrest of Disha Ravi, many people said that she is young and a social activist. It was argued that it is wrong to arrest her and send her to Police custody. After this, a lot of discussion took place. Many ‘Toolkits’ may have been used for such a discussion in a short time. The age of a person or the kind of work one does, cannot determine whether one has committed a crime or not.

The allegations against the accused in the Toolkit case are not light. The Delhi Police alleged that the Toolkit was made by the supporters of a Khalistani organisation, and their plan was to tarnish India’s image worldwide in the name of farmers’ movement.

It is also alleged that the movement was meant to create an environment against the country and against the country’s Government at the international level. The Delhi Police alleges that a ‘Toolkit’ gang is behind what happened in New Delhi ahead of Republic Day 2021.

Disha Ravi (the accused in this case) revealed to the media that she could be prosecuted under the UAPA (Prevention of Unlawful Activities Act) for her actions. She already knew this !

4. An environment must be created so that the Police, Courts, etc. can do their work without pressure

The truth will no longer remain hidden; because the writing was ‘edited’ on the basis of technical evidence; how was it done and was it really a conspiracy to tarnish the image of our country at the international level and how ? This will be revealed.

Seeing the footage or photos of the Red Fort on 26th January 2021 will certainly leave every Indian feeling sad. Hence, it is necessary to create an environment in which the Police, investigative agencies and Courts can do their work without any pressure.