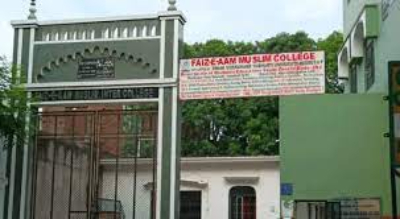 Sourav Yadav, a student of class 11, revealed the exact sequence of events. He said that he was sitting and reading Rahim’s couplets when a Muslim student who was sitting beside him happened to object to his act and asked him to read the Quran instead of the couplet. Saurav Yadav then began reading Ramayan and Hanuman Chalisa instead of the Quran. The Muslim students complained to the College management and they ultimately struck off Sourav’s name from the College and issued him a Transfer Certificate.

The other Hindu student, Madhavendra Pratap Singh, stated that he is totally unaware of what exactly happened and doesn’t know why his name has been struck off from the College. He said that he was doing science homework in his class and in the meantime, something happened that resulted in his termination.

Addressing the issue, College authority member, Mohammad Akhtar Siddiqui, vehemently denied the allegations put forth by both the Hindu students. He called it a conspiracy and said that the students were deliberately trying to malign the College’s reputation.

However, Vishwa Hindu Parishad (VHP) Provincial Media In-charge Sharad Sharma has demanded the arrest of the College Principal and manager in this case. VHP has also warned that if action is not taken within 3 days, the issue will be taken to Chief Minister Yogi Adityanath.