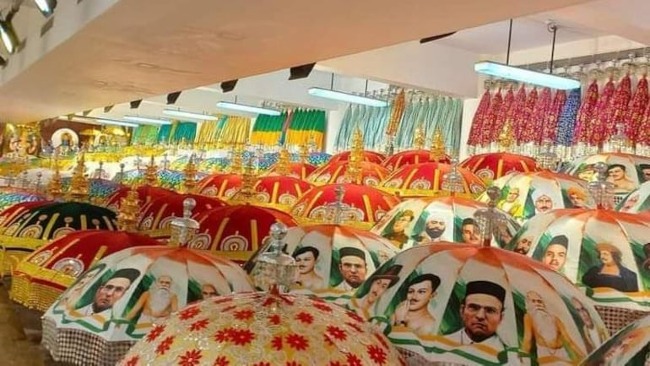 Thrissur (Kerala) – Different floats are taken out here during the Thrissur Pooram (festival). In one such float by Paramekkavu Devaswam, a photo of Veer Savarkar has been used on the umbrellas to be carried in the procession, but the Communist Party of India (Marxist) and Congress objected to it; therefore, it has been decided to keep them aside.

The #ThrissurPooram umbrellas, featuring various renaissance and freedom movement leaders including Mahatma Gandhi, Bhagat Singh and other prominent leaders from #Kerala, also have an image of #Savarkar.https://t.co/4CcVjTnjtL

Different temple groups participate in the festival and some of them have used pictures of Mahatma Gandhi and Bhagat Singh.