London (Britain) – ‘Stoke White’, the Law firm in London has demanded the arrest of India’s Home Minister Amit Shah and the Army Chief General Manoj Naravane for the so-called Kashmir war crimes. The firm has reported to the London Police about the grievances of 2,000 residents in Kashmir.

The firm claims that these answers were the evidence related to the crimes and violence in the ongoing Kashmir war. Sources said that this law firm is associated with Turkey’s officers and is working on behalf of Pakistan. 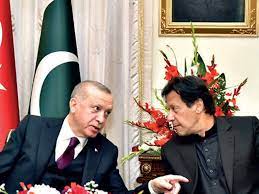 This law firm has its offices in London and Istanbul in Turkey. ‘None of the Authorities of Britain has contacted the Indian High Commission in this connection’, informed the Indian officers.