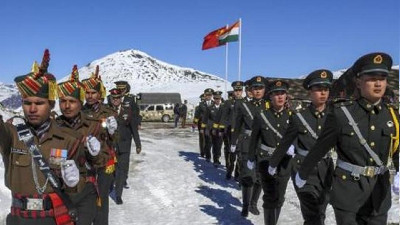 Leh (Ladakh) – Army Chief General Manoj Mukund Naravane said  India and China will continue to have border incidents till the two Countries reach a border agreement. He was addressing the journalists during his visit to Ladakh.

General Naravane added, the talks with China are going on since last year. The disputes between the two countries can be resolved.

He said with regards to Pakistan, there were no ceasefire violations by Pakistan Army from February this year till June-end. However, there has been an increase in infiltration attempts. In the last 10 days, there have been two ceasefire violations. Indian troops are well poised for any eventuality.

Incidents of transgressions and faceoffs on the border between India and China will continue to take place till the two sides reach a boundary agreement to ensure lasting peace, Army Chief Gen MM Naravane has saidhttps://t.co/gVkQLOnatA

As far as the situation in Afghanistan is concerned he said, “It’s too early to talk but we are keeping an eye on the developments.”