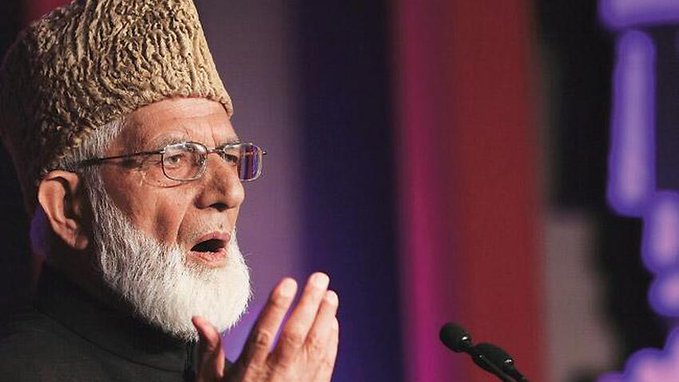 Srinagar (J&K) – Syed Ali Shah Gilani, the leader of the separatist Hurriyat Conference in Kashmir, passed away on 1st September. His body was buried by the Jammu and Kashmir Police. Police seized Gilani’s body from his family. FIRs have been registered against Gilani’s family members and others as the deceased leader’s body was wrapped in the Pakistani national flag and anti-India slogans were raised at the time, the Police said.

SRINAGAR: Jammu and Kashmir police has registered First Information Report (FIR) against the family members of separatist leader Syed Ali Shah Geelani, and others for putting a Pakistani flag on his body and raising anti national slogans. pic.twitter.com/hcOC3m8QgA

Reportedly, Gilani’s body was taken into custody and buried by the Police as the possibility of violence arose after a large crowd had gathered at his funeral. Mobile and internet services were shut down to maintain peace and security in Kashmir after Gilani’s death. The information came to light when a video of Gilani’s body being taken into Police custody started surfacing after the internet service was restored on the night of 4th September. In one of the videos, a large crowd was seen to be gathered around Gilani’s body. Gilani’s body was wrapped in the Pakistani national flag. Police were also seen in the room where the body was kept. It is also seen that the Police were manhandled at this time. (Religious fanatics have turned arrogant enough to manhandle the Police ! Put them behind the bars ! – Editor) Dilbag Singh, the Director-General of Police of Jammu and Kashmir, said, ‘FIRs have been registered against the perpetrators involved in anti-national activities’.