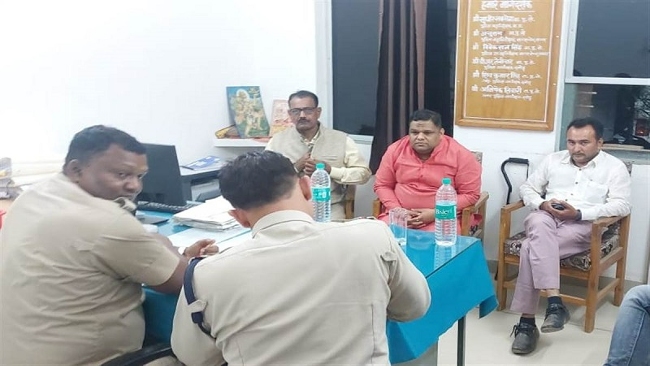 Bhopal (MP) – Following the conversion of three Hindu children to Islam in an orphanage, now a case of Hindu students converting to Christianity at Christian Missionary run hostels has also come to light.  Priyank Kanoongo, President of the organisation named ‘National Commission for Protection of Child Rights (NCPCR)’, has registered a case against 10 people in Damoh Police station in this regard.

The Kanoongo team kept an eye out for any Christian missionaries. A large number of cases of abuse by Christian Missionaries were exposed during this time period. During the first visit, the team visited a hostel in the Bethlehem Bible area. Based on information obtained from the students at this place, it was discovered that Hindu children are being converted there. From there, the team reached the Missionary-run hostel in Bhidavari village. The majority of the students there were Hindus. It was revealed that students were being taught Christianity here.

A children’s orphanage in the Raisen District of the State converted three Hindu children to Christianity earlier this month.