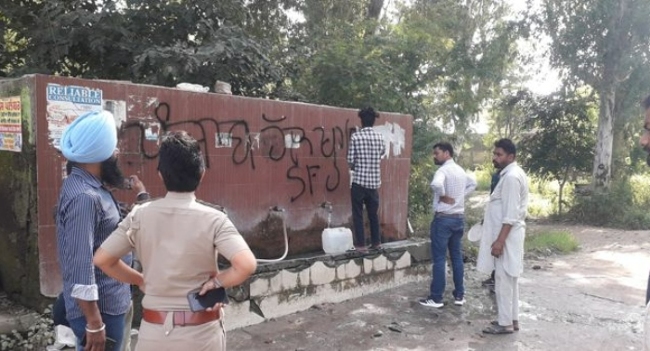 Bathinda (Punjab) – Pro-Khalistan and anti-India slogans such as ‘Khalistan Zindabad, Pakistan Zindabad’, ‘Hindustan Murdabad’ and ‘Sikh, Muslim Bhai-Bhai’ were written on the wall of the forest department office in Bathinda, Punjab. On getting information about this, the Police reached the spot and erased the slogans. Police are investigating further in this case.

Gurpatwantsingh Pannun, the chief of the banned Khalistani terrorist organisation ‘Sikh for Justice’, himself has claimed responsibility for these slogans. He further said that from 26th January 2023, a plebiscite for the demand of Khalistan will commence in the States of Punjab, Haryana and Himachal Pradesh.