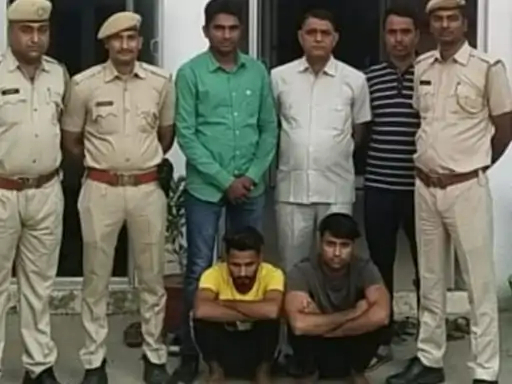 Alwar (Rajasthan) – In the murder case of taxi driver Vishal at Alwar, Rajasthan, Tasleem, Shahrukh and Abid has been arrested. They murdered him on 19th September and threw his dead body on Mumbai – Delhi Express Highway. The dead body was found 6 days later. When the Police started investigating the murder, the name of Tasleem, a resident of Rawa village of Firozpur Police station area of ​​Alwar, first came to the fore. When Tasleem was arrested and interrogated, he confessed to the murder and robbery. He said that Shahrukh and Abid were also involved in this. The Police have arrested both of them too. During interrogation, all three told that they had met Vishal in Alwar on a taxi ride. After reaching Firozpur, they stopped the taxi and hit Vishal’s head from behind with an iron rod, which made him unconscious. Taking him to the Delhi Mumbai Expressway, they killed Vishal by hitting him on the head with stones and throwing away his dead body. This murder was done with the intention of robbing.