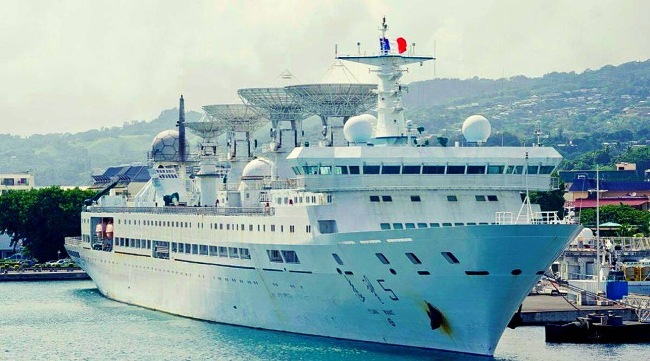 New Delhi – Sri Lanka is financially bankrupt. India is helping Sri Lanka in all possible ways, but despite it, Sri Lanka’s weakness for China has not diminished. China’s spy ship Yuan Wang 5 is heading towards Sri Lanka, at a speed of 35 km per hour to spy on India. The ship is likely to reach Hambantota on 11th August. Despite India’s protest, Sri Lanka has allowed the vessel to dock at Hambantota port. India is alert, and the Indian Navy is minutely monitoring the ship’s movement. The ship will remain in Hambantota till 17th August. China has taken Hambantota port on a 99-year lease from Sri Lanka. Some experts also say that China is sending the ship to Sri Lanka to spy on India’s main naval base and nuclear plant.

#ExpressExplained | India is closely monitoring the movement of a Chinese “spy ship”, the ‘Yuan Wang 5’, that is on its way to Sri Lanka.

What is this vessel, and why is it headed to Sri Lanka? Why is India concerned? @saurabhkap00r explains https://t.co/gjnkpnIc5P

Easy to spy on India from Sri Lanka

After reaching the Hambantota port, the ship will be able to track information from major military and nuclear bases like Kalpakkam, and Kudankulam in South India. Ports in Kerala, Tamil Nadu and Andhra Pradesh will be on China’s radar. The ship is equipped with modern spying equipment. So the ship can dock at the Sri Lankan port and collect information about the hinterland of India. The Indian naval base on the east coast could also be tracked by the ship. ISRO’s launch centre in Odisha’s Chandipur could also be on the ship’s radar. India’s missiles like Agni and all the information, like their performance, ability to fire, etc. could be tracked by it.