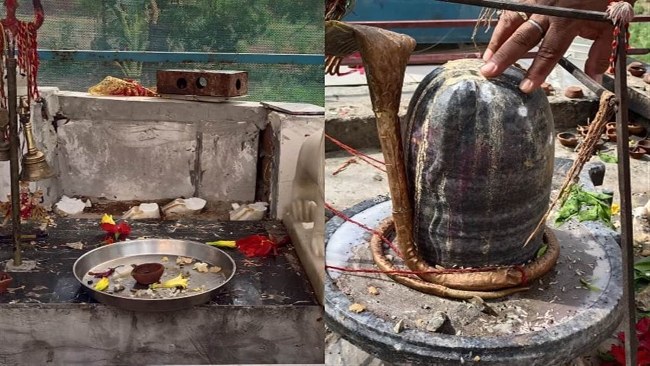 This photo has been published for people to know about the incident of desecration of Deity’s Idol and not to hurt anyone’s religious sentiments. – Editor

Noida (UP) – Idols of Shridurgadevi and Deity Hanuman as well as Shivling, installed in a temple located in Sector-37 were vandalised by anti-social elements on 23rd May. A furious crowd gathered immediately after this news went viral. The Police reached the spot and investigated and checked the surrounding CCTV to identify the culprits. Police have assured the people to take action and get new Idols installed.