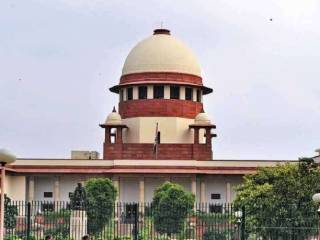 New Delhi – Kerala State Road Transport Corporation (KSRTC) had filed a writ petition challenging decisions made by the State-owned oil marketing companies to increase fuel prices sold to bulk purchasers. Senior Advocate V Giri, appearing for the Corporation submitted that the Corporation was being charged above the market rate. And there was a difference of Rs 7 per litre, even after there is an agreement.

Advocate Biju Raman and Advocate Deepak Prakash had filed the writ petition which stated that the Corporation is already suffering exponential crisis year after year and it is on the verge of being shut down.

“The average consumption of diesel by the Petitioner Corporation is around 4,10,000 litres per day. The decision of the State-owned OMCs to increase the fuel price of bulk purchase of diesel will result in an approximate accumulated loss of around Rs 19,00,000/- which will add to the currently persisting acute financial crisis being suffered by the petitioner and lead the Corporation to stop functioning”. The plea further stated that the Central Government has passed the buck to the OMC to fix the price without any timely intervention by introducing petrol price deregulation. The helpless consumers are forced to bear the burden of price rise in the absence of any regulatory check.

The KSRTC writ petition was filed seeking directions to the Union of India to set up an Independent Statutory Regulatory Authority headed by a retired Judge of the Supreme Court of India as Chairperson to ensure protection of consumers interests as intended under the Act.

The Bench of Justices Abdul Nazeer and Krishna Murari rejected the plea granting liberty to KSRTC to approach the High Court. Instead, the Bench referred to news regarding 20 people being appointed to each Minister for just two years, and then they go on to get pension for the rest of their lives.

Justice Nazeer lashed out at Kerala Government for granting life-long pension to the employees and personal staff of Ministers. “You are the only State where persons are only appointed by Ministers for 2 years and they are given a lifelong pension. Please tell your State, if they can do that, why can’t they do this ? Please convey our words to the State Government”, Justice Nazeer addressed Adv. Giri.