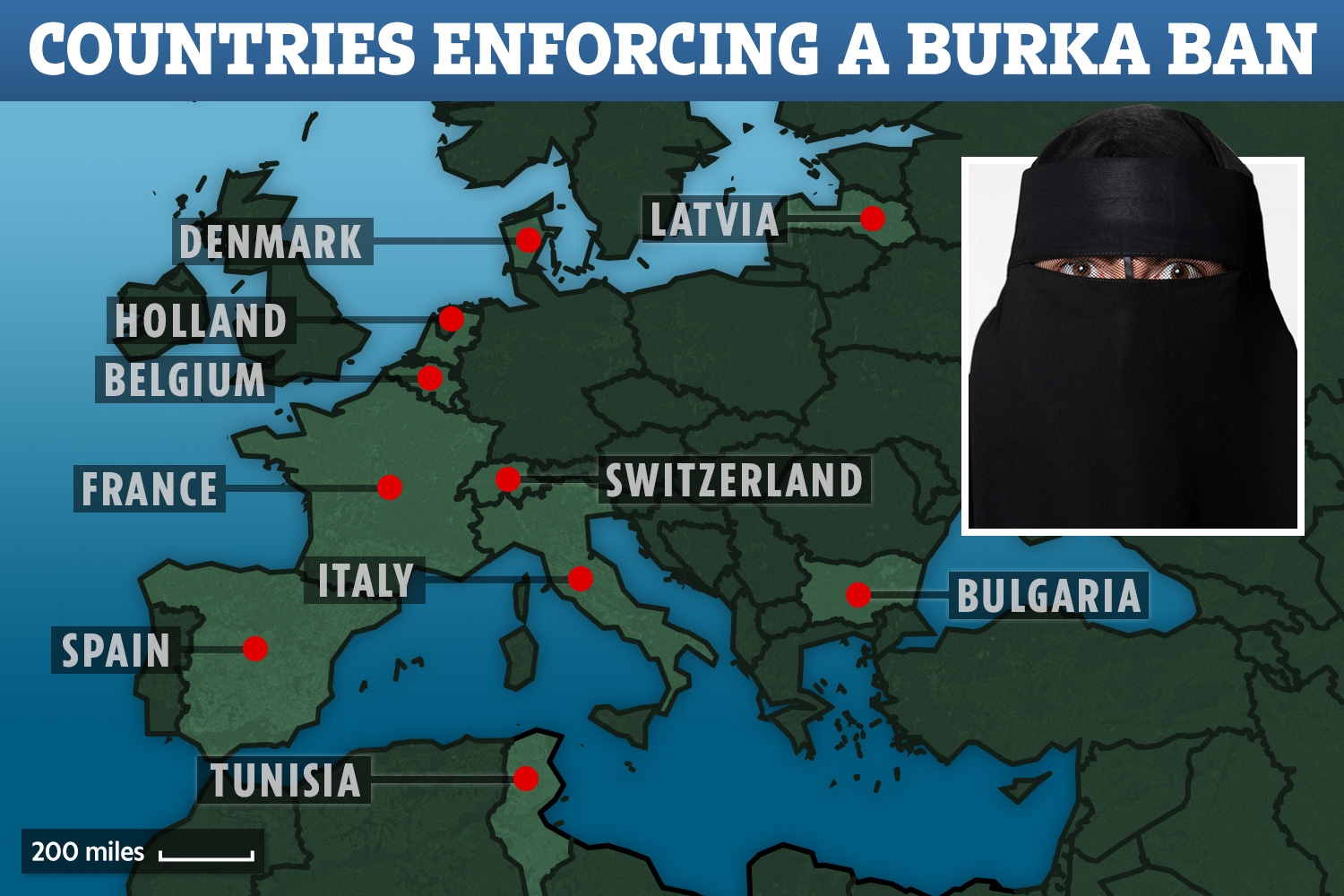 This is far from the first time that the issue of face coverings – Burqa, Niqab and Hijab – has created controversy. Here’s a look at how other countries have dealt with the face coverings – which allow it and which don’t.

Turkey : Mustafa Kemal Ataturk introduced the secularisation of Turkey in its Constitution of 1924. While Ataturk never forbade the headscarf, he actively discouraged its use in public venues. His efforts saw an almost disappearance of Hijab and Burqa in Turkey.

France : France was the first European country to place a ban on wearing a Burqa or Niqab in public.

The legislation has been in force since April 2011. In addition, wearing any kind of religious clothing (including head scarves) in schools has been banned since 2004. As per the law, wearing a full veil attracts a €150 fine and instruction in citizenship. Anyone found forcing a woman to cover her face risks a €30,000 fine.

Switzerland : Switzerland banned the Niqab in 2021. In March, over 51 per cent of Swiss voters cast their ballot in favour of the initiative to ban people from covering their face completely on the street, in shops and restaurants.

Denmark : In 2018, Denmark introduced a ban on face coverings in public places. Offenders can incur fines of up to €134 ($157). Repeat offenses are punishable by up to 10 times this amount.

Belgium : A law banning the full-face veil came into effect in Belgium in July 2011. The law bans any clothing that obscures the identity of the wearer in places like parks and on the street. Anyone who breaks the law risks a fine or up to seven days in jail.

The Netherlands : If you cover your face with a veil in the Netherlands, you face a fine of at least €150. The ban not only applies to Burqas and other veils, but also full-face helmets and balaclavas.

Italy : A 1975 law aimed at protecting public order makes it illegal to cover the face in public but courts have systematically thrown out local moves to use the ban to outlaw the full-face veil.

Austria : Prohibit full-face veils (Niqab and Burqa) in public spaces such as courts and schools, with the law coming in force in October 2017.

Russia : Russia’s Stavropol region has a ban on Hijabs, the first of its kind imposed by a region in the Russian federation.