New Delhi – Supreme Court Judge, Justice S Abdul Nazeer has a made call to ‘Indianize’ the legal system taking inspiration from the ancient Indian legal philosophies and getting rid of the ‘colonial psyche’. He suggested that every Indian University must include Indian jurisprudence as a compulsory subject in Law degree courses.

“The need of the hour is the Indianisation of the legal system”, the judge said.https://t.co/FobD1OW7UJ

“Great lawyers and judges are not born but are made by proper education and great legal traditions as per Manu, Kautilya, Katyayana, Brihaspati, Narada, Yagyavalkya and other legal giants of ancient India. The continued neglect of their great knowledge and adherence to colonial legal system is detrimental to the goals of our Constitution and against our national interest”, Justice Abdul Nazeer said. He was speaking on the ‘Decolonisation of the Indian Legal System’ at the 16th National Council Meeting of the Akhil Bharitya Adhivakta Parishad.

“A Colonial psyche persists in the administration of justice in the present day Indian legal system. The British colonialists protected their subjects only on the surrender of the rights to the rulers. In other words, Justice could not be demanded but rather it was allowed by the State as a matter of concession. This is in contrast to the ancient Indian legal systems, where justice could be demanded, being the concept that was inbuilt. Ancient legal systems of India even required kings to bend before the rule of law and justice could be demanded against the kin or even the king himself. Instead of this approach, the colonial mindset left behind by British colonialists is apparent from the manner in which pleadings are drafted in Court today, the way in which the Courts are addressed and more importantly, by accessibility to Court itself”, observed the Judge.

“Today’s justice is not demanded but prayed for in the humblest terms. Judges continue to be addressed as Lordships and Ladyships. The orderly litigant is often unable to bear the expense of litigating in distant higher Courts, a practice which was introduced by the British with the privy council”, he said. 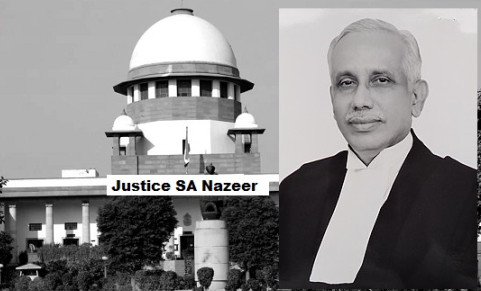 1. As such, Indian judges have lived up to the mandate of the ancient scholar Brihaspati who said that the Judge should decide cases without any motive of personal gain or prejudice or bias and decisions should be in accordance with the law prescribed by the texts.

2. The syllabus for a law degree in an Indian University does not include Indian jurisprudence or the theory of the state in ancient India or the history of Indian law. Consequently, our judicial process is an edifice constructed without theoretical foundations, rather on foundation supporting other structures in other lands.

To give an illustration, Manu prescribes public censure as one of the punishments for crime. This provision was even adopted by the Soviet criminal code; but the Indian penal code, drafted by Macaulay, ignores it all together, though it can be an effective form of punishment in many cases. Evidently the Russian jurists had more regard for Indian jurisprudence than Indians themselves.

4. We must go back in time to the ancient Indian Scriptures to get a true and correct picture of the legal system of ancient India. It is then that we will discover that ancient Indian jurisprudence was founded on the basis of the rule of law and had some features that were immensely revolutionary for the ancient world.

5. The first question to address would be whether there was a rule of law in ancient India. Evidence for a resoundingly affirmative answer to this question is bored out of the great epic texts. The Mahabharat, for instance, stated that the king who after having sworn that he shall protect his subjects, fails to protect them, shall be executed like a mad dog. The Mahabharat also stated that the people should execute a king who does not protect them but instead deprives them of their property and assets and who takes no advice or guidance from anyone. Such a king is not a king but a misfortune. While the words used may have been grim and in keeping with the modern legislative language, the message is clear that the king is not above the law.

6. Coming to the historical times of the Mauryan Empire, Kautilya described the duties of a king in the Arthashastra in the following terms : In the happiness of his subjects lies the king’s happiness, in their welfare his welfare, whatever pleases him he shall not consider good but whatever pleases people he shall consider good.

7. Corruption was regarded as a heinous offence and all the authorities are unanimous in prescribing the severest punishment on a dishonest Judge. A corrupt Judge, a false witness and the murder of a Brahman were considered to be in the same class of criminals. Judicial misconduct included conversing with litigants in private during the pendency of a trial.

(Excerpts from Livelaw.in. For details, please visit this website.)