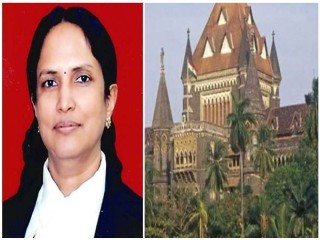 The people feel that the judges who deliver verdicts which cause harm to social interests should be punished.

Mumbai – Accepting the revised recommendation made by the Supreme Court Collegium to not make Justice Pushpa V Ganediwala of the Bombay High Court a permanent judge, the Ministry of Law and Justice has extended her term as an additional judge.

A notification issued by the Ministry says that Justice Ganediwala will continue as an additional judge for one more year, from February 13.

The judge of the Nagpur Bench of the Bombay High Court had come under scanner following a controversial judgement which laid down that mere groping over the clothes without actual ‘skin to skin contact’ will not amount to sexual assault under the POCSO Act. Holding thus, the judge acquitted a man accused of touching a minor girls breasts without removing her clothes under the POCSO Act, though convicted him under a lesser offence of Section 354 of the IPC.

The judgement received widespread condemnation as setting a dangerous precedent. The Supreme Court stayed the judgement on a mention being made by the Attorney General for India.