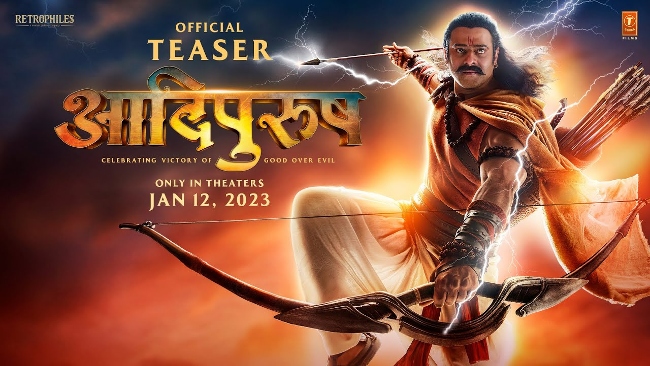 Mumbai – Shriram has been depicted as ‘Maryada Purushottam’ in the previous films and TV serials so far; but in  ‘Adipurush’ His prowess is being depicted. In this film we will witness a different aspect of Sriram, said the Director of the film Om Raut.

‘Adipurush’ is being filmed in Hindi and Telugu languages. The process of dubbing the same film in Tamil, Kannada, Malayalam, Marathi, Bengali and Uriya is on the way. It is being proposed to be presented in foreign languages like English, Chinese, Korean, Japanese and others. Its advertisement has just been published recently. Around 500 crores have been spent on this film and it is the most expensive film among Hindi films.