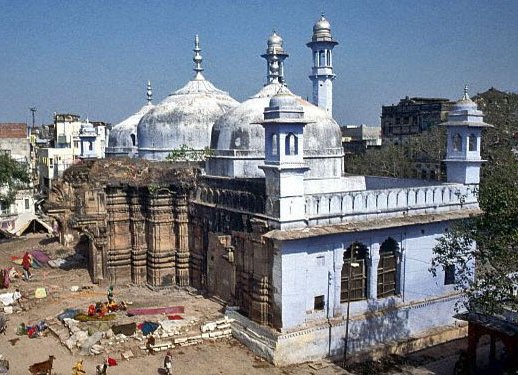 Varanasi (Uttar Pradesh) – Mughal king Aurangzeb was ruling in 1669; therefore, everything was owned by king Aurangzeb. When Aurangzeb donated Gyanvapi’s land, this mosque was built there, claimed ‘Anjuman Intezamia Masjid Committee’, one of the parties to the ‘Gyanvapi’ case. The party of five Hindu women in this case then demanded that the relevant papers should be submitted to the Court if Aurangzeb had donated ‘Gyanvapi’s land. They also alleged that referring to ‘Gyanvapi’s property asWaqf Board’s property is a big fraud.

The present Government should take over 3,000 mosques ! – Swami Jitendrananda Saraswati

The General Secretary of ‘Akhil Bharatiya Sant Samiti’, Swami Jitendrananda Saraswati said in his response to the Muslim party’s plea that as if the land was brought down by their ancestors from heaven. If the Muslim petitioners argued in Gyanvapi’s case that the land belonged to the person who ruled and had power at that time. In that case, we can pressurise the present Government to take over all the 3,000 mosques built by demolishing temples. It will be in accordance with the arguments placed before the Court by Muslims. As such, it will be in the interest of Muslims to avoid wrongdoing; else they would have to face its long-term effects.