A wealth of 300 crores in Uttar Pradesh ! 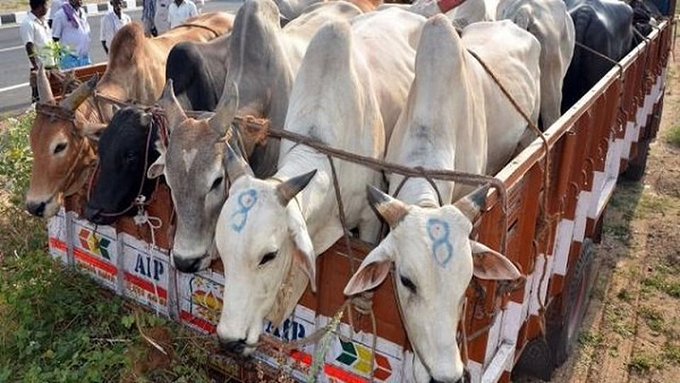 Guwahati (Assam) – Assam Police have killed two alleged cow smugglers in an encounter. Four Policemen were injured in the encounter. The alleged smugglers have been identified as Akbar Banjara and Salman Banjara, both residents of Uttar Pradesh’s Meerut city.

On 13th April, both were arrested in Uttar Pradesh. After that, Assam Police took them into custody. On the 14th of April, they were brought to Kokrajhar. The Court had sentenced both the smugglers to 7 days imprisonment. On the 19th of April, both the alleged smugglers escaped from the prison. Then, the Police started searching for them. That time, an encounter took place in which both the smugglers were killed. Among the two, Akbar Banjara had a reward of Rs. 2 lakhs on his head.

Akbar Banjara and Salman, two alleged cow smugglers who were arrested by UP’s Meerut police on April 13 were killed in encounter in Assam. They were arrested on April 13 and sent in Assam’s police custody on warrant B for the case registered against duo in Kokrajhar, Assam. pic.twitter.com/5L7smqqySh

Akbar had spread the smuggling racket in Assam, Meghalaya, Bengal and Mizoram. (Were the Police asleep during this time ? – Editor) In a closed truck, the breeds of cows used to be carried to the border of Bengal. Akbar and Salman had earned about Rs 300 crore from Meerut, Bijnor and the nearby Districts by smuggling the cows. Akbar Banjara had created a terror in the Phalavada area of Uttar Pradesh. People were annoyed due to their aggression. Despite the rule of Yogi Adityanath, the smuggling of cows still continued. It is now being investigated who was providing protection to Akbar. Police have written a letter to the income tax department to get the details of bank account of Akbar.