Since this incident is becoming extremely sensitive it is necessary to determine if this message was sent by someone within Tihar Jail or someone else! 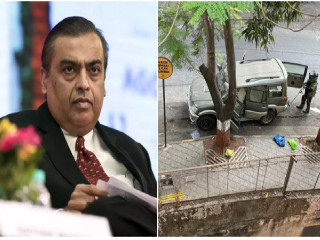 New Delhi – A Scorpio vehicle loaded with gelatine sticks was found outside business magnate Mukesh Ambani’s famous residence Anitilia in Mumbai. Jaish-ul-Hind, had sent a message through Telegram on 26th February claiming responsibility for placing the explosives. However, the outfit later clarified that it was not true. The National Investigation Agency revealed that this fake message was received through Telegram from Tihar Jail. The Delhi Police were informed regarding this and 3 smart phones were confiscated in a resulting raid. It has come to light that the message was sent from one of these smart phones. Investigations are underway.