Mumbai – “Shri Sai Baba Sansthan in Shirdi has recently appealed to devotees to dress in accordance with the Indian culture and etiquettes. Thus, not only the Sai Sansthan, but also many temples across the country, as well as churches in Goa, have implemented the dress code.
The dress code applicable in temples is not about nudity but about following our Scriptures. Not only for temples, but there are certain rules about what to wear in different fields. No one asks, “Why are you wearing such clothes ?” However, when Hindu temples appeal, an uproar is immediately created without any study that injustice is being done.

Devotees who come to a temple with reverence and devotees who follow the religious traditions will respond positively to this call and will gladly follow and welcome it”, said Mr. Sunil Ghanwat (State Organiser of Hindu Janajagruti Samiti for Maharashtra and Chhattisgarh). He also appealed to all temple Trustees to implement the dress code according to the Indian culture in all temples like the Sai Sansthan has done. 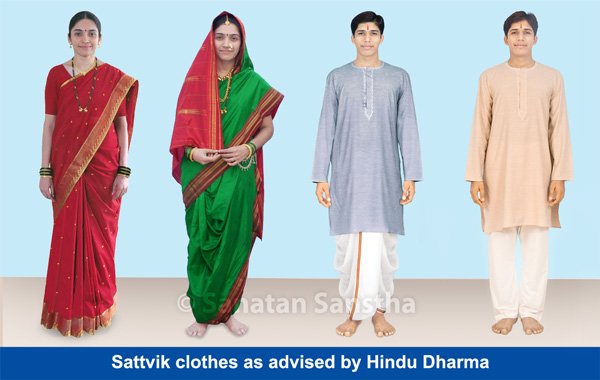 Ghanwat appeals to enforce the dress code in temples https://t.co/129WLc1gtt

The so-called progressives, who criticise temple priests for being half-naked, do not read properly what exactly is the appeal made by Sai Sansthan. Sai Sansthan does not specify about any short clothes, nor says whether the code is for men or women. But it is being unnecessarily publicised for several days.

The Sai Sansthan has not imposed any restrictions. Mr. Ghanwat also questioned whether so-called progressives have the guts to criticise a Christian priest for wearing white trousers, a Moulavi for wearing short pajamas or a Muslim woman from wearing a black burqa.

Why civilised dress must only for devotees, not priests, asks social activist Trupti Desai against the backdrop of Shirdi Saibaba temple trust's appeal to devotees to be dressed in 'civilised manner'