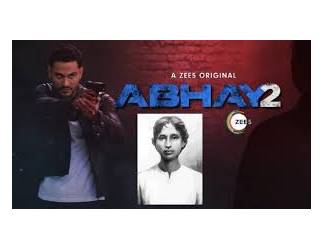 Banning this web series, filing a criminal case against the people concerned and putting them in jail will be the only lesson that everyone will remember.

Those who have a British mentality, and call revolutionaries goons, bandits, etc. should be deported out of India !

New Delhi – On OTT platform, Zee 5 Mobile App broadcast ‘Abhay 2’ series. In a scene of this web series, a photo of revolutionary Khudiram Bose was shown on a board along with photos of criminals. Therefore, patriotic citizens have started opposing it on social media. They have trended the hashtag #BoycottZee5. Through this demand, people have been asked to boycott of Zee5. Khudiram Bose was hanged in 1908. He was the youngest revolutionary to be hanged. He had Shrimadbhagawadgeeta in his hand while going to the gallows.

The director of this web series, Ken Ghosh, apologised after the fierce reactions in the social media. (Ken Ghosh is a Bengali himself, and insults a Bengali revolutionary; this brings to fore the mentality of such people of Bengal ! – Editor) He said, “We apologise for this. Our aim was not to hurt anyone’s feelings. (If this was not the purpose, then what was the purpose ? Ghosh should speak about this. – Editor) We have blurred the photographs related to this scene”.