Police had opposed sale of fruits by collecting crowd : Even a Policeman among the assailants

Realise that the Police who deal with Hindus in high-handed manner get beaten by religious fanatics.

Increasing attacks on the Police by religious fanatics are signs of law and order in the State going dogs. 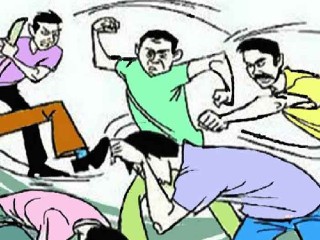 Pimpri-Chinchwad (Pune) – Due to the lockdown, a specific time has been fixed for the selling the fruits, vegetables and other items; however, some vendors were still selling fruits by drawing large crowds. A team from the Municipal Encroachment Department arrived on the spot along with a Police team. A vendor Younis Attar got into an argument with the Police after the Police dispersed the crowd. Younis’ son Matin Younis Attar who works in the Police Department also got into an argument with the Police and beat up Shankar Vishambhar Kalkute with a stick. The incident took place in the evening of 27th April in Kalewadi area here. Shankar Visambhar Kalkute lodged a complaint with the Wakad Police station. An offence was registered against Younis Attar, Matin Younis Attar and Moin Younis Attar in the case.