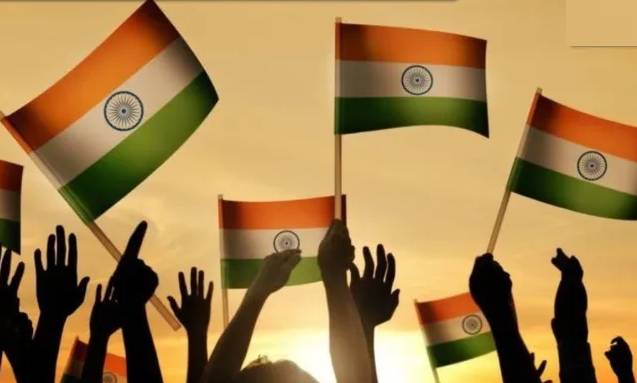 New Delhi – On the occasion of the Diamond Jubilee of India’s Independence, the Central Government started the campaign ‘Har Ghar Tiranga’ from 13th to 15th August. This campaign has called on to hoist the tricolour on every house in the country. It is getting an unprecedented response from crores of citizens across the country. In the cities and villages of the country, the tricolour flag is seen unfurled on houses everywhere. Processions are being carried out in many places. Union Defence Minister Rajnath Singh participated in one such procession. BJP president Jagat Prakash Nadda unfurled the tricolour flag at Meerut. Ministers, Government officials, and common citizens from various States are enthusiastically participating in the programs organised on this occasion.

#DidYouKnow as per the revised Flag Code of India individuals can now hoist the #NationalFlag in their homes 24 hours a day including at night. So, bring home the flag from 13-15 Aug & fly it with pride from sunrise to sunset 🇮🇳#AmritMahotsav #HarGharTiranga #MomentsWithTiranga pic.twitter.com/r8QhJ8AvFK

Chandigarh University set a world record by forming the world’s largest human chain of 5,885 people in the shape of a flying national flag.

The administrator of Chandigarh and Punjab Governor Banwarilal Purohit, Union Minister of State Meenakshi Lekhi, Chancellor of Chandigarh University Satnam Singh Sandhu, and other dignitaries were present on this occasion.