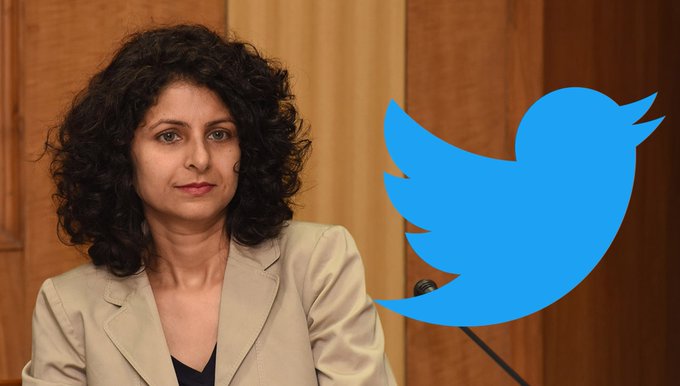 Delhi – Kashmiri journalist Aarti Tikoo has filed an appeal in the Delhi High Court opposing the illegal action of Twitter last week. Thereafter, her account has been revived by Twitter. It has requested Aarti to take back the appeal filed in the High Court.

On 15th December last year, Tikoo had posted a Twitter space video for helping her brother. In that she had tweeted, ‘My brother Sahil Tikoo who lives in Srinagar, being openly threatened by jihadi terrorists sitting in Kashmir-India and their handlers in Pakistan, UK & US. Is anyone watching ? Are we sitting ducks waiting to be shot dead by Islamists or will you crack down on them ?

Bravo @AartiTikoo ! This fight of yours will inspire many to take on the tech giants. Great show @raghav355 , keep it up.
Journalist Aarti Tikoo’s Account Restricted by Twitter for Posting About Islamists’ Threats to Her Brother in Kashmir https://t.co/iHrSIXkaMJ

Following this, Twitter had locked the journalist’s account, issuing her a notice that she could unlock her account only if she deleted the tweet about her brother getting threats. In the notice, Twitter had said, ‘You may not promote violence against, threaten or harass other people on the basis of race, national origin, ethnicity, sexual orientation, gender, gender identity, religious identity, religious affiliation.’

Opposing it, Tikoo had dragged Twitter to the Delhi High Court saying that her rights under the Constitution were violated and Twitter was siding with Islamist terrorists by blocking her account. As per the nationalists and devout Hindus, Twitter is known for its extreme left-wing bias, which blocks and suspends right-wing voices even at smallest matters, but refuses to take action against leftists and Islamists users.