If Assam can make such a law, then the Central Government and other States should also follow the suit 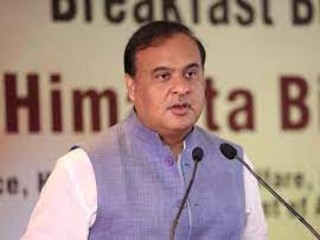 Guwahati (Assam) – Assam Chief Minister Himanta Biswa Sarma presented the ‘Cattle Preservation Bill’ in the State’s Assembly on 12th July. As proposed in the new Bill, no person will be permitted to sell beef in the areas inhabited by Hindus, Sikh, Jain, and other non-beef eating communities in Assam. The Bill also seeks to impose a ban on the selling of beef within 5 km of temples or other religious places of non-beef eating communities in the State. The Bill proposes a waiver during certain religious festivals.

1. The Bill is aimed at regulating “slaughter, consumption, illegal transportation” of cattle. If passed, the new Bill will replace the Assam Cattle Preservation Act, 1950, which lacked sufficient legal provisions to protect cows.

2. According to the Cattle Preservation Bill, the selling of beef will be permitted only in places authorised by competent authorities. This is a unique provision in the Bill as other States with anti-cattle slaughter legislations do not exclude specific areas to sell or buy beef and its products.

3. According to the Bill, cattle slaughter will not be permitted without the requisite ‘fit-for-slaughter certificate’ issued by a registered local veterinary officer. The officer can issue certificates only for cattle aged over 14 years or those that are unfit. Only licensed slaughterhouses will be allowed to slaughter cattle.

4. The violators will be punished with three to eight years imprisonment and a fine of up to ₹5 lakhs once the Bill turns into an Act. If a violator is found guilty a second time, he will face twice the proposed punishment.

Is Congress a political party in secular India or the party of Muslims in an Islamic country ? Congress party’s attempts to take a stand against Hindus even after being ousted from power due to the same are suicidal.

Congress MLA and leader of opposition Debabrata Saikia said the Bill targets one particular community that they will push for amendments. ‘For example, the 5 km rule about beef. A stone can be laid, and a temple can be built anywhere by anyone. Hence, it becomes very ambiguous. This may lead to a lot of communal tension’, he said.