A commendable decision by the Karnataka BJP Government ! 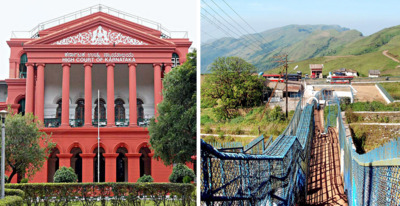 Chikkamagaluru (Karnataka) – The Government has appointed 2 Hindu priests at the Datta Peetha in Chikkamagaluru. According to the demands of the administrative council, Shrikant from Sringeri and Sandeep from Chikkaballapur have been appointed as priests by the State Government. This administrative council was formed to appoint the priests, including a Muslim and 8 other members. This council had all the rights regarding the appointment of the priests as stated by the State Government. Accordingly, these 2 priests have been appointed.

Some Muslims have claimed that it is the Dargah of Baba Budangiri and not Datta Peetha. Hindus as well as Muslims visit this place. The Karnataka High Court has given permission to celebrate ‘Datta Jayanti’ at the Baba Budangiri Datta Peeth from 6th December to 8th December. On this background, the tourist spots in Chikkamagaluru have been temporarily closed. The District Collector KN Ramesh said that if the tourists have already made hotel or restaurant reservations, they will be allowed to stay there.