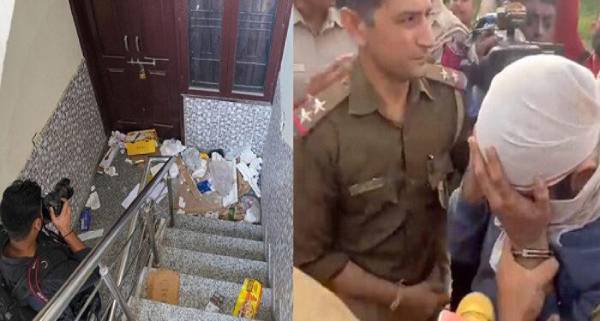 New Delhi – Aftab Poonawala, who is under arrest in the Shraddha Walker murder case, continues to reveal shocking details in the Police investigation. According to Delhi Police sources, Aftab strangled Shraddha to death between 9 and 10 p.m. on 18th May and sat next to Shraddha’s dead body all night smoking weed.

Shraddha murder case: Aftab confesses to be high on drugs while killing his live-in partner on May 18@abhayparashar#ShraddhaWalkar#ShraddhaWalkerCase#AftabAminPoonawalla#AftabShraddhahttps://t.co/HwNlTazK3U

According to the sources, Aftab Amin Poonawala has reportedly confessed to the Delhi Police that he was high on drugs while killing Shraddha. He also claimed that he is a drug addict and Shraddha often confronted her for this. On the day of the murder, both of them had a fight for the whole day over the expenses of the house and who would bring some stuff from Mumbai to Delhi. Aftab then went out of the house after this fight and returned home being high on drugs. Aftab allegedly told Police that he did not want to kill Shraddha, but eventually killed her under the influence of drugs. Aftab dismembered Shraddha’s body inside the bathroom. He kept the tap running while dismembering the body so that the blood would drain away. The Police became suspicious due to the hefty water bill. Now this charge will be important evidence in this case. Along with this, forensic experts have found blood stains in the kitchen. He bought a 300-litre fridge to store the body parts. Later, he went out of the house every night and disposed of the body by throwing the pieces at different places.

Aftab used to give burns to Shraddha with a lit cigarette, Shraddha’s friend told

Shraddha Walker’s friend Rajat Shukla told the media that Aftab is a devil. Even when Aftab and Shraddha were living in Mumbai, Aftab used to harass her, also burning her with a lit cigarette. Shraddha showed her friends the scars of these burns. At that time her friends wanted to file a Police complaint against Aftab, but Shraddha wanted to give Aftab a chance to improve.