5G mobile service will be launched from this year New Delhi – Union Finance Minister Nirmala Sitharaman presented the budget for the year 2022 in the Lok Sabha on 1st February. The general populace was expecting a change in tax structure this year; however, this budget was only disappointment in this regard. Like last year, tax exemption has been given up to ₹2.5 lakh and for the elderly up to ₹3 lakh. At the same time, the corporate tax has been reduced from 18% to 15%. The Reserve Bank will introduce a digital cryptocurrency called ‘Rupee’. Profits from this will be taxed at 30%. Like last year, Nirmala Sitharaman presented the budget using a Tablet.

Sitharaman said that the Government was working on a master plan of PM Gati Shakti Yojana. Under this scheme, huge investments will be made for roads, railways, water transport infrastructure in the near future, but State Governments also need to take initiative and participate in the development of the country’s infrastructure. A package of ₹1 lakh crore has been provided for the States’ economies. Some highlights of the budget

1. The network of national highways will be extended up to 25,000 km for which ₹20,000 crores have been allocated.

2. Efforts will be made to create 60 lakh new jobs.

3. Target to build 80 lakh houses has been set under the PM Awas Yojana. A provision of ₹48,000 crores has been made for this.

5. A digital university will be set up. 7. The children in the villages had been deprived of education for two years due to the closure of schools during the pandemic. Now for such children, the programme ‘One Class – One TV Channel’ will be launched under ‘PM e-Vidya’ and the number of channels will be increased from 12 to 200. These channels will be in regional languages.

8. Organic farming will be promoted on the land falling within 5 km from the banks of river Ganga. Digitisation of farm documents will take place. States will be asked to change the curriculum of agricultural universities so as to reduce the cost of farming.

9. To increase the capacity of private investors, a provision of ₹7.55 lakh crore has been made from ₹5.54 lakh crore.

11. The price of jet fuel has risen by a record 8.5%. Rising fuel prices could also increase airfares.

12. By 2025, an optical fibre network will be spread in all the villages of the country. Also, cheap internet will be made available in rural areas.

13. 3 schemes have been started for the integrated development of women and children. 2 lakh Anganwadis will be upgraded to improve the health of children.

14. Import duty on electronic goods will be waived. Mobile camera module lenses and chargers are also exempted from import duty.

15. A provision of ₹19,500 crores has been made for solar energy generation.

17. An ATM card will be available at the post office.

18. Registration of all lands in the country will be done online.

19. Real estate can be registered anywhere.

20. The price of a 19 kg commercial LPG cylinder has been reduced by ₹91.50. The new rates are effective from 1st February.

5G mobile service will be launched from this year 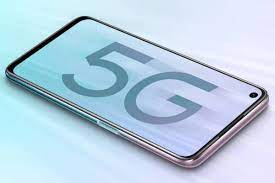 Farmers will also use drones 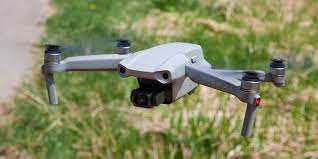 After selling cars, registration can be done from anywhere in the country !

After selling the vehicles, they can be registered from anywhere in the country. A website will be set up to register these vehicles. A person residing in Mumbai or Pune will be able to register a vehicle through these cities even if his/her documents have the village address.

Which things will become cheaper ?

Which things will become more expensive?

‘The working class and middle class in India were expected to be relieved against the backdrop of pay cuts and inflation during the Covid-19 pandemic; however, the Prime Minister and the Finance Minister have disappointed with the decision not to grant direct tax relief. This budget is a deception of the Indian salaried and middle class’, Congress spokesperson Randeep Surjewala tweeted. ‘Union Finance Minister Nirmala Sitharaman, led by Prime Minister Narendra Modi, has presented a budget that will make India more self-reliant and stronger. Most importantly, it is a budget that looks to the future of India. This is a budget that is more balanced on economic parameters, inclusive, and leads to development’, said Devendra Fadnavis, former Chief Minister of Maharashtra and Leader of Opposition in the Legislative Assembly.