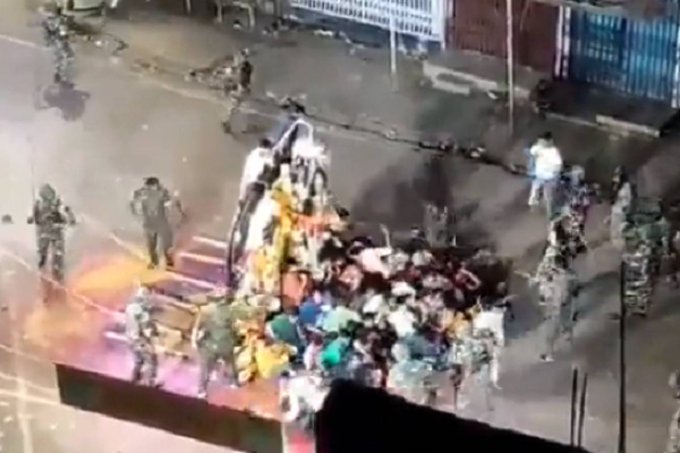 Munger (Bihar) – Here during the Durgadevi procession clash flare up among the devotees. Police had to resort to Lathi-charge to disperse the crowd. The clash between the Police and devotees ensued. One person died, and several injured during the Police firing. Twenty Policemen were injured and one youth died in the indiscriminate firing by anti-social elements. Munger is tense and the administration has deployed an additional Police force. The Police arrested more than a hundred persons and confiscated three home-made guns. The Police reported that the anti-social elements fired 12 rounds.

One killed, 6 injured in violence during Durga idol immersion in Bihar's #Mungerhttps://t.co/Ic2tLX9Qxt pic.twitter.com/m1AgKXwLb5