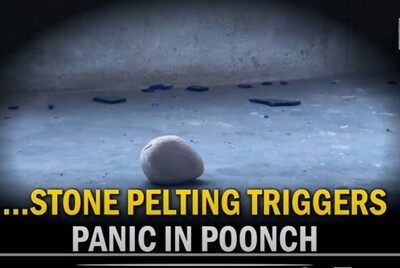 Poonch (Jammu-Kashmir) – Unknown miscreants indulged in stone pelting on Hindus’ houses in the Bainch, a Muslim-majority village. Window panes were shattered. No one knows the individual involved in this unlawful act.

Security beefed up in Poonch villages after stone pelting at houses of minority communities https://t.co/93NOFM1a19

There are just 35 houses of Hindus in that village. All of them are scared and have registered a complaint with the Police demanding protection. Police after having visited the said place of stone pelting assured Hindus about their protection. Earlier on 1st January, Hindus were killed after their Aadhar Card identified them as Hindus.