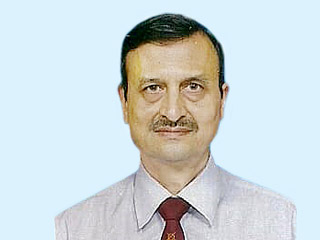 1. News that China has set up a village on the Indian Territory is exaggerated

According to a news channel, China has built a village in Arunachal Pradesh inside four and a half km (of Indian Territory). The channel also provided photographs taken by some satellites as evidence. If the enemy wants to encroach, it would not build a village or town there, rather, it would bring its army and weapons such as tanks, artillery, missiles, helicopters, drones there. No one would agree that to fight a war, a country has set up a village in another country ís territory. Can India attack unarmed civilians there ? Hence, such an exaggerated claim is false. If a country wants to invade, it will bring in troops, not civilians. Immediately after the news channel presented this, India ís Foreign Ministry said in response, ìWe are capable of protecting our country. We are committed to safeguarding our national interests. In short, according to the Ministry of External Affairs, nothing like this ever happened.

China has been fighting in Ladakh since 5th May 2020; however, China got nothing out of it. So, now China is adopting various inappropriate ways. Some Chinese agents are working in the Indian media. They have been trying to spread propaganda for the past 8-9 months. It is snowing in Ladakh at present. So China cannot do anything before April.

A. No one builds a village to encroach across the borders of an enemy country. Therefore, the background in this has to be considered. China had planned to set up 500 to 600 villages along the border region. It was also prepared to spend a lot of money for this. It wanted to connect these villages to China is highways. Some villages are already connected, but they are in Chinese territory and no one lives there. If someone forcibly sends them to live there, it would be a different matter; however, no common citizen will want to live in such a hostile terrain.

B. Despite this, China is building these villages, through which it wants to send a message to those living across the border in India, how much it has developed the border areas ! In these villages, China wanted to settle Chinese Han and Tibetans who were members of the Chinese Communist Party; but no Chinese or Tibetan nationals are ready to come to the border areas. This is a mountainous area and there is nothing to do to survive. Therefore, it is very difficult to settle there.

C. China has control over Tibet; however, if India is sending spies or Special Frontier Force (SFF) via the Indo-China border, then to monitor them, the villages in the border areas were developed. Also, if the people in Tibet are crossing the border to enter Arunachal Pradesh, Sikkim, Himachal Pradesh or Uttarakhand, they can be monitored too. This could also be China is objective in setting up these villages.

3. Breaking news about China building a village is itself ridiculous

This village in Subansiri District was not prepared suddenly. There is nothing like ëbreaking newsí on TV. It takes at least 1 to 8 years to set up a village. Today, with the help of satellites or similar modern technology, the Indian Army has the ability to know what is happening. It does not need to be told by a TV channel. There is nothing which is known to a TV channel and not to the Indian Army. The TV channel may feel that it has done great work, but it is all ridiculous.

4. China settling a village in the disputed area

The place named Logju in Arunachal Pradeshís Subansiri District has always been a disputed area. We says that it is our area. China says the region is theirs. India had an outpost there till 1959. China invaded and seized it before the 1962 war. This area has been under Chinese control since 1959. China says that the region beyond Logju is also their territory. Of course, India does not accept that. In short, China has set up a village in a disputed area. Therefore, it may be wrong to say that this village is in the Indian Territory.

5. Setting up a village in the Indian Territory by China is not that easy

The Indo-China border is approximately 4,000 kms. long. There is no Indian Army here like the one on India-Pakistan Line of Control.

However, military security has been increased in the area following clashes in Ladakh. So, coming in and encroaching is not an easy task for China. The region is monitored by the Indian Army via satellites. It is also monitored by drones and helicopters.

Therefore, it is not easy to set up a village across the border in the Indian Territory; however, there is no guarantee that this may not happen in the future. This has happened at Logju in Subansiri District. This was noticed through satellites, but there is nothing significant in the story as the Indian Army already knows about it.

6. Conspiracy to spread false news by China, as it cannot fight India

If a country wants to invade another, will it set up a village there ? It would dig bunkers for their troops or collect weapons to fight. No country will put its civilian citizens in the front. If citizens start living there, tomorrow China can claim the area. Our citizens have been living here for so many years. Hence, China can say that this whole region is ours, but China does not need such reasons to fight.

Today, the fact is that China is not in a position to fight India. China does not want to shed the blood of its own Army personnel. China will not be able to do anything till April 2021. Therefore, it will only continue to spread such news. However, our countrymen should not lose their temper. They should have faith in the Indian Army. This could lead to Chinese infiltration into other areas.

Unfortunately, the previous Government has made some international agreements with China. Therefore, if this place is encroached upon, India will not be able to take military action because these agreements have tied the hands of the Indian Army.

If China does really encroach, we will definitely have to reply to it. The use of the Indian Army is a good choice for this.
China does not understand the language of discussions. The Indian Army only has to be used to deal with it. India has some control over some weak points of China. Those must be evaluated before taking military action.

Economic boycott should be imposed on China. Some people in the Indian corporate sector still have business relations with China. They should also be banned.

7. India should look at Chinese villages as an opportunity!

If China is settling Tibetans on the Indo-China border, India should see it as an opportunity. The majority of inhabitants are Tibetans. They have more affection towards the Dalai Lama and India than towards China. Therefore, India must turn this crisis into an opportunity. Can these villages be used for espionage against China ? This option should be explored.

8. In the Indo-China conflict, even the opposition parties must stand firmly with the armed forces

India is fully prepared to respond to any Chinese action. Yet, India must prepare fully because a war with China may last many years. The Indian Army is anyway ready to fight; but, the political parties in the country must also stand firmly with the armed forces.

Any political party, individual or an NGO speaking in favour of China should be socially ostracised.

Nothing significant has happened at the moment; however, there is no guarantee that nothing will happen in the future. Therefore, India must always be prepared.

The Indian Army has the capability to know what is happening. It does not need to be told by a TV channel !