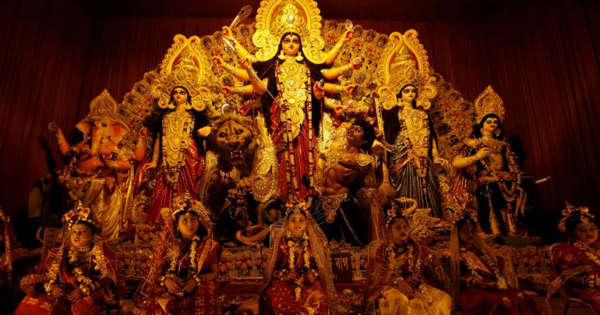 Ratlam (MP) – Vishva Hindu Parishad (VHP) has banned entry to the non-Hindus at Durga puja and other religious festivals. The posters in this regard have been put up across the city.

The Vishwa Hindu Parishad has put up posters in all Durga pandals in Ratlam to restrict the entry of non-Hindus during Garba to “avoid any clash and harassment of Hindu women”.https://t.co/cBVMc014Xz

VHP activists said as non-Hindus do not follow the customs and rituals of Hindu tradition in the temples they should not enter the pandals. It has been observed that in the last few years non-Hindus have been found involved in anti-social activities. Hence, the instructions about the prohibition of the entry for non-Hindus have been displayed on the posters.

Ratlam Administration has claimed that they have not received any complaints in this regard as of now and they would take action if any complaint has been registered. (Why would the Administration take action after a complaint is registered ? All religions should have the right to decide who can participate in their religious rituals. Such non-proactive action is not expected from the BJP Government of Madhya Pradesh. – Editor)