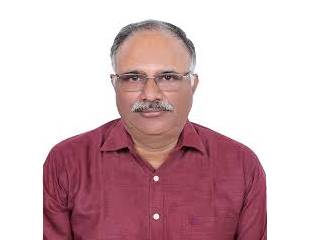 NIA should probe these riots ! : Former Under-Secretary of Home Ministry

Mr. RVS Mani, former Under-Secretary in the Ministry of Home Affairs said, “There is credible information about the continuing efforts since 2006 to plan and incite riots like in Bengaluru and Delhi, as well as a civil war. Investigating agencies have unearthed the role of organisations such as the Popular Front of India (PFI) and its political arm, the Social Democratic Party of India (SDPI) in these riots. The scale of the conspiracy becomes crystal clear when we take into account the fact that during the Bengaluru riots, 8,000 people were mobilised within a short period. Therefore, it is not enough to ban organisations like PFI; the National Investigation Agency should probe the Bengaluru and Delhi riots. They should see how far the roots go and the entire system should be uprooted”.

Mr. RVS Mani, author of the acclaimed ‘The Myth of Hindu Terror’ was addressing a special discussion on ‘Delhi-Bengaluru Riots : Jihad’s New Face ?’, organised by the Hindu Janajagruti Samiti. The discussion, aired on Facebook and YouTube Live, was watched by over 31,000 people and the issue reached over 80,000 people.

Mr. Mani added, “In 2017-18, foreign remittance of Rs. 18,000 crore flowed into India through the FCRA (Foreign Contribution Regulation Act). Of this, a whopping Rs. 12,000 crore went to Christian missionaries to fund religious conversions, another Rs. 5,500 crores went to Islamic Institutions to fund religious conversions, and Rs. 500 crore went to NGOs that are actively using legal means to question and quash Hindu culture and religious traditions. Since FCRA is being used for destabilising India, these organisations should be banned. Some officers of the Indian administration are on Pakistan’s payroll; this should be investigated by the Government. Jalalabad in Pakistan is one of the sources for drugs that are consumed in large parties. 15% of the money generated funds terrorist activities. Everyone should unitedly fight against this”.

Mr. Girish Bharadhwaj (Secretary, Bharat Punarutthan Trust) said. “Post-Bengaluru riots, investigations revealed that over 40 PFI activists were in contact with terrorists. Many of these activists were in touch with those accused of bomb blasts and murders of Hindu activists. This whole affair should be investigated by the NIA under the watchful eye of the Court”.

Advocate Virendra Ichalkaranjikar (National President of Hindu Vidhidnya Parishad) said, “The Delhi-Bengaluru riots, the earlier Azad Maidan riots, riots in Bhiwandi, as well as riots across the country seem to follow a pattern, which points to this being a ‘Riot Jihad’. Since an all-out war cannot succeed, this is a ploy to create fear psychosis through systematic targeting of innocent Hindus, the Police and public property. Investigations have shown that Rs. 1.20 crore have been distributed from the bank accounts of PFI for funding the violent anti-CAA protests. Therefore, such organisations should be permanently banned”.

Mr. Guruprasad Gowda (Karnataka Co-ordinator of HJS) said, “The PFI is behind the horrific murders of many devout Hindu activists in Karnataka. Stringent action should be taken against its members”.